This week we’re going to do a little bit of history and a little bit of architecture. One of my classes here is Art and Architecture, and it has helped me get a better feel for the city that I walk around in every day.

The Romans were looking to expand their territory, and created the old city of Barcino, which is now modern day Barcelona as we know it. The city was much smaller of course, and had walls around an area called Ciutat Vella, now the old part of Barcelona that is home to The Cathedral of the Holy Cross and Saint Eulalia, also known as Barcelona Cathedral. 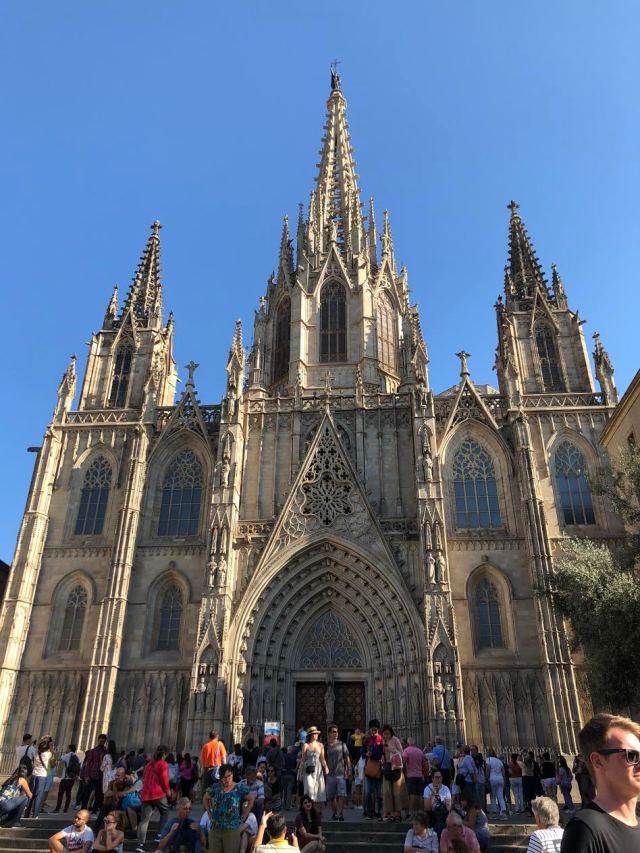 The Barcelona Cathedral is a Gothic style, as you can see with characteristic detailing and tall points. While that is the only Cathedral here in Barcelona, there are many beautiful churches. These next photos are of Santa Maria del Pi, or “Santa Mary of the Pine”. Here you can see the similarities to the style of that first picture as you go inside this one!

Next, the Romanesque style is a little bit different than the Gothic. It is much less ornate, and many of the works are made of stacked stone. In my class we focused on columns as signifiers of the time period because they’re literally what the city is built upon. 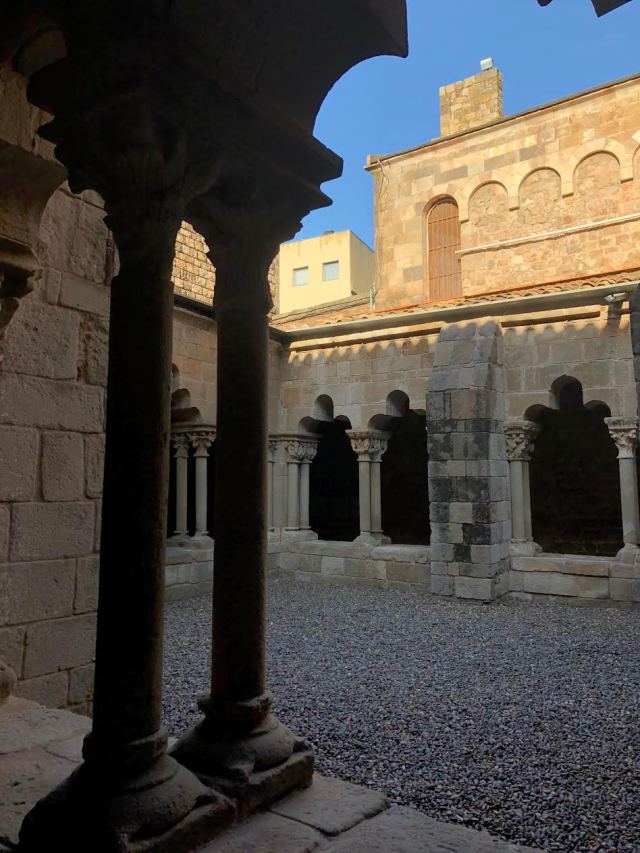 These columns here are at the Romanesque monastery Sant Pau de Camp, which was built all the way back in the 13th century! The name means “Saint Paul of the Countrside”, which makes sense when you look really closely at the farm animals and figures at the tops of the columns. The columns are the Corinthian style, which means all the detailing is at the top and they’re tall and slender. 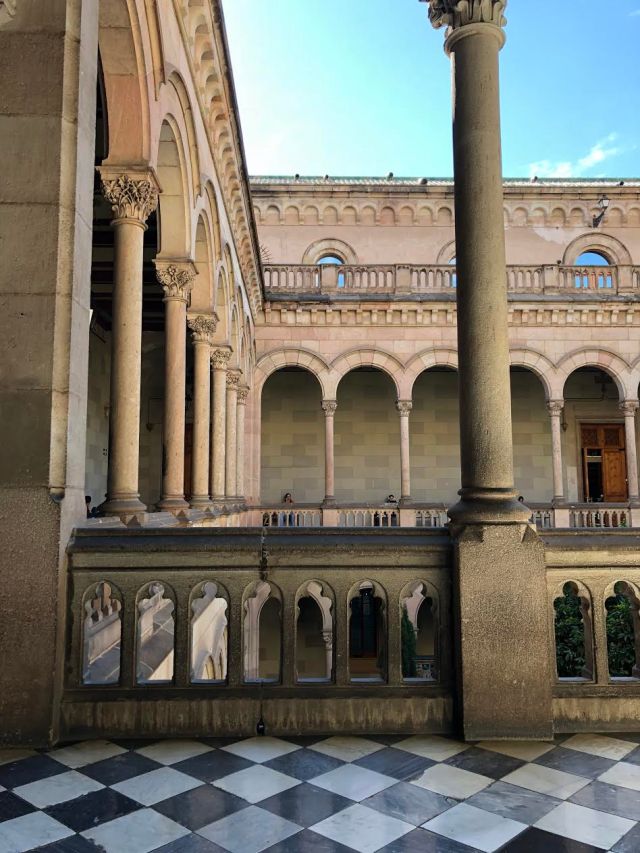 This is el Universitat de Barcelona. Can you imagine if your school looked like that? We got to wander around and ask students what they thought of their school and what they imagined the States to be like. One girl I met named Valeria shared, “Creo que la escuela en los Estados Unidos se ve divertido y tan grande. pero aquí, mirar a su alrededor, podría ser un poco más bonito debido a su edad.”

My Spanish is getting better, but I definitely had to translate that one. I can’t say she’s wrong, there’s something special about knowing these places have been around so long. She also told me they aren’t allowed to eat in class or drink coffee because it’s considered rude, which is definitely a little different than my college at Portland State where I bring my coffee almost every day!

When we went to all these places, I couldn’t help but think about how they were once solely places of worship or study, but now mainly serve as tourist attractions.  Even when you think about Voodoo Donuts, though definitely different than a church, think about how many visitors stand in line for over an hour just for one donut! It’s more about the experience of going than the actual donut. Can you guys think of anywhere else in the United States that has changed from having one main meaning to becoming a visit for tourists?

I’m so lucky to be taking this class, because it’s important to try and understand the culture of an area rather than just taking it at a glance. Do you guys like studying history? It makes me want to understand more of Portland’s history too, which may be a little easier than here since there’s thousands more years of Spain to learn about.

Let me know in the comments what you think of history or tourism, and check out my last photo of the week for some options on what I should write about next!

20 thoughts on “Cathedrals, Churches, and Columns”