Hi again! First off I have to say I loved reading your comments, and it’s fun getting to know you a little better! A bunch of you said you were excited to talk to me, which is my favorite thing I could hear because I feel the same way. I’ve also realized I’m going to have to get to work on my Spanish because wow you guys are far better than I am. It’s okay though, you’re helping me learn too!

I really enjoyed hearing about all your interests in sports, food, traveling, and studying. It sounds like a lot of you are really into soccer, or fútbol as I should start calling it. We even have a couple of Barcelona fans in your class, which will be really fun because I’m trying to go to a game of Barcelona versus Madrid while I’m there. I’ll keep you all posted on that one, but are there any favorite players I should know about? I love that some of you have already been able to travel, and others have the desire to. Not only do you see what the rest of the world is like, but you also get to learn more about where you already live through comparing and contrasting.

I’m writing to you on my last day in London, England, and tomorrow I hop on my plane to Barcelona! Here’s some pictures of where I’m staying right now with my cousin at her flat, which is what they call apartments here. 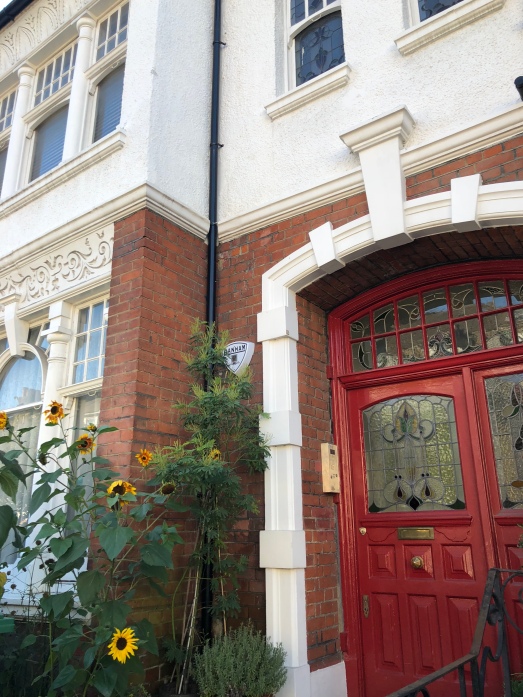 While I am excited to share my new home in Spain with you, I decided to focus on the idea of traveling in general for this week’s photo (or video in this case) to give you all a better idea of what I’ve been up to for the past few weeks. Remember how I said I went to Eastern Europe first before I begin my studies in Barcelona? Well, how do you think I got from place to place? In America, we often take planes to other states, even cities, because our country is so big. In Europe, you can take trains from not only cities, but country to country, because it’s so much closer! Plus, the views out the train windows are a big bonus if you ask me.

This is a video from my train ride from Prague, Czech Republic to Vienna, Austria. Since I’ve been to four countries in the past two and a half weeks, I’ve spent quite a lot of my time on these trains (personally, I like to listen to some music and munch some snacks while I look out the window). I got a lot of questions about the pretty architecture and buildings in Europe, and I think this one does a good job of showing that off.

Alright, that’s about all I’ve got for now. Next time we chat, I’ll be in Barcelona, and we can start the adventure from there!

Let me know how I did with my Spanish on that one (: